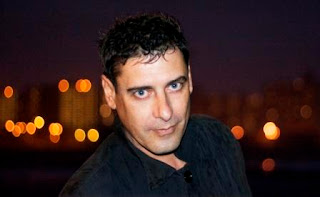 If you're one of the many who've completely given up on rock and roll, truly convinced that the days of aggressive but melodic songcraft are well behind us, then I strongly recommend you check out Andy J. Gallagher.

Weaned on a well-balanced diet of 70's glam and punk rock, Mr. Gallagher, armed only with his new CD, "Helicopter, Dolphin, Submarine," (out now on Waga Waga Records) seems hell-bent on rescuing the masses from whatever boring band your hipster friends are all raving about this month.

Tune Tipster was fortunate enough to land this short Q&A with the up and coming rocker, who graciously allowed us to pick his brain about songwriting, recording, and how David Bowie keeps nicking all the best ideas.

TT: Hello sir! Very nice to speak to you. We've been listening to your music for months and enjoying it immensely.

A: Cool, cool. Thanks for your support.

TT: The first thing I'd like to ask, does songwriting come easy to you, or is it hard work?

Andy: Songwriting, it comes easy to you at times, other times i just can't do it. I seem to go in 3 song spurts; in two days I sat down and wrote "The Rocks," "Faster and Faster," and "Another Craze."

TT: And what's the quickest you've ever written a song?

TT: What was the particular inspiration for the title track, "Helicopter, Dolphin, Submarine"?

Andy: I wrote HDS at a flat in the west end of London. I was fairly drunk one night, strumming around on an acoustic guitar and I had this melody in my head and I couldn't remember if it was a Radiohead melody or not...and I decided it wasn't so I wrote a song around it! That was that; it just went together simply.

TT: That is annoying when you think you've written someone else's song. 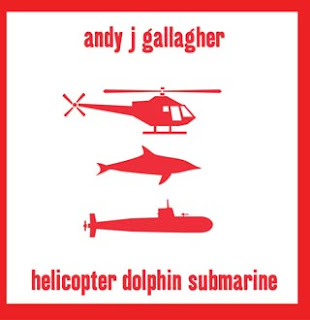 Andy: (Laughs) Indeed. David Bowie normally beats me. Another one of my best ideas turned out to be a section of a Bowie song from "Hunky Dory" or something... They get kind of ingrained, don't they?

TT: Which brings me to the next thing I was going to ask: If you were pushed into a corner and had to pick one songwriting hero who would it be?

Andy: I really, really, REALLY like - from your neck of the woods - the Ramones. They're probably my all time favorite band. Dee Dee Ramone was obviously the main songwriter, and Joey wrote some as well. My favorite ARTIST is David Bowie, but I also like Lou Reed, from the Velvet Underground through to maybe the Berlin album... Favorite all-time songwriter if I had to name one... (pauses) David Bowie.

TT: I can definitely hear how you mix those influences. There's an intellectual leaning to the lyrics, but you still have the primal quality of someone like the Ramones...

Andy: When I originally wrote "Faster and Faster" it was a lot slower... It was going to be the main track from MY "Low" (David Bowie) album. So I gave it to my drummer, and by the time he was done revving it up, there was no chance it was gonna be on "Low." It was gonna be on "Rocket to Russia" (Ramones) instead!

TT: I would imagine the arrangements change a lot from when you start to the finished product. You worked with Roman Jugg (former guitarist/keyboardist of the Damned) for this album, were there any situations where he wanted to change the arrangement of a song, or...?

A: When you let someone like Roman produce you, you've got to let him produce you. Whatever they say they want to do, however much you think, "That's gonna ruin my song!" you have to let them try and do it. And I think Roman has some real flashes of genius in terms of the structures. For example, in "Something Else" there was a whole load of choruses going on at the end. And he said, "Look, you need to get rid of those, 'cause it's going on too long." He took 'em out, and just threw in a key change... originally the outro was in b minor and he changed it to e minor and then cut about a minute off the song. I think that arrangement just made the song work. Also, Roman co-wrote "The Men in Suits." The little "A" bit, the lead guitar bit, was just a whole key change... that's his. He wrote that. And while that doesn't make the song necessarily, it really lifts the song at a crucial moment. Some of the stuff Roman told me… Roman's a very, very clever man. You don't spend 10 years in the Damned and not learn anything, do you?

TT: I would think not. Were there any other songs you had to streamline for the album? 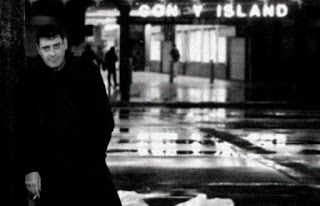 A: The only song anything came off in terms of length was "Something Else." Everything else is as I write it. When I'm writing, I've got to say what I've got to say, and once I've said it, there's no point in saying anything else. The song's finished. If you look at "Faster and Faster" for example, it's one minute and 28 seconds, and yet, it's got 4 verses and a lead break. I mean, how much more can you cram into a song? I don't get all this... like Fleetwood Mac... going on for 25 minutes stuff. That's not for me for me. I'm probably not a competent enough musician to do that anyway.

TT: Well, I don't know about that! The last thing I want to ask you is, are you ever surprised by which songs connect with people? Was there ever one that you loved that didn't really resonate with people, or vice versa, something that you said, "Oh, this isn't the best thing I've ever written" and people went gaga over it?

A: Normally, MY favorite song is the last song I wrote. I play it for people and go, "I want you to hear this! I've just re-invented rock and roll!" And they listen and go, "No, that's rubbish, Andy. It's terrible! Get back to the drawing board!" (Laughs) When [I] VERY first hear them, [I] think, "That's amazing!" …There's such a long period between when you actually record the songs to when you actually get the physical CD that by the time you listen to them you're kind of underwhelmed. When you get the finished version, you're kind of not happy with it, because you had this idea in your head of how it's going to sound. But then you get the enthusiasm of people that are hearing them maybe for the first time, and people tell me how wonderful this song is or how cool that song is, rather than me telling THEM which is how it starts. When I write 'em, I tell everyone else how cool they are, and then six months down the road when they're finally ready people tell me how cool they are!

TT: After playing it so many times I would imagine it's hard to be objective about anything.

A: Yeah. My favorite song on the album changes from day to day. I don't listen to it every day, but whenever I listen, I've had a different favorite song. Probably the one song that is most surprising is "The Brightest Star." That's my drummer's favorite song, and I thought it was kind of weak, that one. As you know, my drummer's quite a powerful drummer... 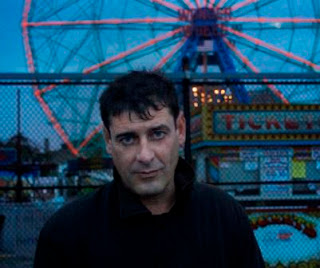 TT: And that song is more ballad-like.

A: Yeah, and that's his favorite song! I kinda prefer the more uptempo ones.

TT: So what would your favorite be right now?

A: There's always two…"Faster and Faster" or "The Men in Suits."

TT: Nice. I see you're playing gigs through May, so hopefully some of our readers will get a chance to hear those tracks live. Well, we really appreciate you taking the time to talk to us, Andy, and best of luck with the album. Have a great night.

A: And you too mate. Thanks very much.