Free Download of New Demo, "Run" by Glenn Page Music
(The download button is a couple of inches to the right of the profile pic.)


The words and music are by Glenn Page; the performance/production is by our good friends over at demomysong.com. (No, that's not Glenn singing on there!)


Please feel free to listen, download, put it on your ipod, play it at your sister, play it at your dog, pipe it into major league baseball stadiums, hum it at the DMV, whistle it while having sex, and play it on the kazoo while tobagganing down the Swiss Alps at 250 mph. Wheeeeeeee!


Or, you could just ignore the link, click off of this page, and get back to looking at videos of Lady Gaga dressed like a mummy on crack. Now, which would you rather do, honestly?

Why'd the Owl Cross the Road?

The other day in the city I got hit by a car. For some reason, I thought the flashing red hand at the crosswalk was the universal "high five" symbol for crossing the road successfully. "YO! High FIIIIVE MAN! You're crossing the STREET!!! WAY TO GO BABY!!!!"


I wasn't sure why it was flashing red, of course, but then I figured I was being alerted to dangerous sidewalk congestion in the area. "Emergency! Get off the curb NOW!!!! You're blocking other pedestrians!"


After all, pedestrians have HANDS don't they?  "LOOK OUT FOR THE PEDESTRIANS!" If someone wanted to warn me about high-speed vehicles, wouldn't they flash an image of a red CAR instead of a red HAND? You would think, wouldn't you?


Anyway, lesson learned on that one. 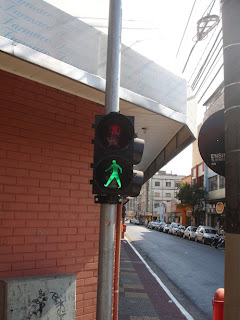 You know what it's like when you're drinking a nice, hot, soothing cup of java and then suddenly you get a big old mouthful of greasy, nasty coffee grinds? And you know what it's like when you end up spitting the coffee out all over the place because you're completely revolted? And then the coffee gets on your boss' shiny 5000 dollar Armani suit, and he gets so mad that he tosses you out of a plate glass window from 30 stories up, causing your body to tumble like one of those oh-so-obvious movie mannequins, but it's not a mannequin, it's really you, and you end up smashing headlong into the hood of a taxi cab driven by someone who just made a pithy comment about things falling from the sky, and then the taxi's horn starts blaring endlessly as horrified onlookers scream and scramble at the sight of your crumpled, useless, heap? You know what that's like?


Yeah, you know how much that sucks.


Well, that's what this new ongoing entry is all about (the coffee grinds part, not the smashing into a cab part); this is all the nasty sludge, coffee residue and left-over stuff that we found at the bottom of the NiteOwlz pots after a long day of brewing up the finest blogs anywhere on the web. In other words, these are some of the random odds and ends that we couldn't fit anywhere else and so we deicided to dump them here.


We know that many of you are accustomed to the finest "coffee" we have to offer, but who knows? SOMEONE might enjoy this stuff. After all, aren't there people who drink coffee out of a civet's ass? Hey, one man's nasty, oily grinds is another man's delicious cup of wild-animal feces.


So, here it is: part one of the stuff we scraped off the bottom of the cup... YUM! 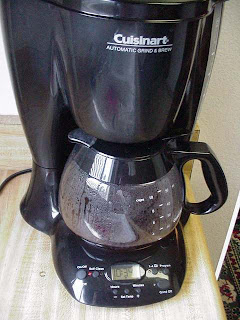 • Why don't they make saliva-flavored gum? Then it would never run out of flavor.


• Whenever my friends think I'm daydreaming they say, "Hello, Earth to NiteOwl, HELLO??? EARTH TO NITEOWL!" I never answer though, because I know they don't work for NASA.


• Sometimes the operator asks me for the "correct spelling" of my name. Huhn? Did someone tell her I have a history of misspelling my own name? Just for kicks I like to put the phone down and yell, "Hey BOB! How do you spell my name again?"


• When people get "drawn and quartered," I'll bet the percentages don't usually work out.


• Why does the trouble-shooting guide seem to have only two categories of suggestions: (a) so-obvious-you'd-have-to-be-an-utter-moron-not-to-think-of-it-yourself, and (b) PHD  in engineering from Starfleet Academy.


• News Flash: Satirical newspaper makes headline out of mundane activity that's kind of silly but people do it everyday without thinking.


• Lesson learned: Never use an electric razor on a beard made of bees.


• Have you ever been at a rock concert and everyone's bopping their heads like they're REALLY into the music? And then a second later you think, "I can't be the only one here who realizes this band really sucks, can I?"


• I had a really bad nightmare: I dreamt my dream-catcher was trying to kill me.


*A little piece of your soul dies the first time you see an ice cream truck filling up in a gas station. That's when you first realize they actually run on gas, not fairy dust and flower petals thrown into the tank by elves. For me, that moment was last week.


*Enough with "Cheers." If you're not British, I don't wanna hear it; it doesn't confer an aura of class upon you. In fact, it only makes you sound like a pretentious "arse." Sort of like the word "confer."


• It's weird to think that the entire animal kingdom is completely and utterly oblivious to the way they've been used as characters in thousands and thousands of cartoons.


• Speaking of which, do you think real ducks would be pissed if they knew about Donald Duck and Daffy Duck? I'll bet real ducks aren't all assholes, and many of them probably have perfect diction. For a duck, that is.


*Facebook, circa 2017: A frightening, bleak, post-apocalyptic future where all the good quizzes and "gifts" have been done... leaving only stuff like, "Which Pauly Shore Movie Are You?"; "How Well Do you Know 1930's Lace Doilies?" (CanYou Beat NiteOwl's Score of 0.0???); and "NiteOwl sent you some coasters with Paul Stanley's face on them. Click here to see!"


*I'm getting tired of the media trying to promote corporate product by telling me someone has "made a comeback" before they're actually, you know, MADE a comeback.


• The universe is completely indifferent to our pain and suffering. On the other hand, reality TV producers are not.
Posted by NiteOwlz / Glenn Page Music at 11/11/2009 No comments: