Bed Bugged (Or: I Survived My Sleep Study, and All I Got Is This Lousy CPAP Machine)

So I went for a sleep study last week. For those of you who don't know what a sleep study is, you may be surprised to learn that it's not the term used to describe my old method of studying back in college (that is, passing out with my face in the textbook at 5am the night before an exam and hoping the material will somehow magically seep into my brain via osmosis). 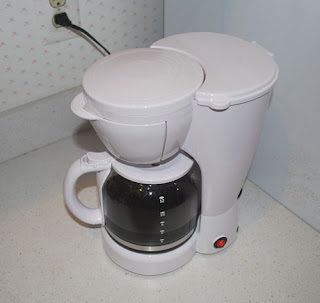 No, a "sleep study" is when you're having trouble sleeping properly (or having trouble staying awake during the day without mainlining lattes) and someone decides the best way to cure this is to glue cumbersome electrodes and wires to your every appendage, then stick you in an unfamiliar bed and watch you all night with an infrared camera ala' Ted Levine stalking Jodie Foster in "Silence of the Lambs." In this way, they can observe you in your "natural" sleep state and hopefully figure out what-the-freak your problem is.


Needless to say, this approach doesn't generate the most, er, "organic" results. I can be quite nervous and restless to begin with, and it doesn't exactly send me spiraling into a state of Calgon-like zen when there's an unknown member of the female persuasion peering at my supine form and drooling cake-hole all night. Krist, I have a hard enough time with people looking at me in the daytime after I've primped myself obsessively for hours on end; there's no way I'm going to chill out while being scrutinized on a bed-sized microscope slide overnight.


At any rate, I reluctantly went for my sleep study, where the technician hooked me up to about a thousand color-coded wires and a hundred various devices that perform god-knows-what to tell them who-the-hell-knows about my sleep patterns. (Stop me if I get too technical at any point.) In fact, I had so much damn apparatus draped over me that I started to feel like a Borg on Star Trek, but without all the bad-ass leather or ability to assimilate alien races. Now if only I could have teleported the hell out of there like they do on Star Trek, I would have been golden.


No such luck! She finished hooking up my jumper cables and I managed to clamber into my appointed lair for the evening. At this point, the sleep technician - let's call her "the sleep technician" - vanished into an adjoining room, leaving me to contemplate if her boyfriend was going to show up so they could spend the evening watching movies, making out, and occasionally taking a break to laugh at the idiot on the monitor. However, that thought didn't have a chance to fully form because her voice suddenly filled the room, blaring out at me from a set of hidden speakers like a very aggressive McDonald's drive-through clerk. "ARE YOU OKAY IN THERE????" she queried, effectively boosting my systolic blood pressure well into the triple-digits and leading me to wonder if they were getting kickbacks from the cardiologist next door.


After a series of "calibrating" procedures - code word for "Simon Says" with breathing, coughing and snoring sounds - I was told it's "time to go to sleep." Well, I'm glad they cleared that up; I thought the purpose of a SLEEP STUDY was to play a little shuffleboard with the staff. Regardless, I did my best to dutifully "go to sleep," as requested.


As I lay there all kinds of thoughts plagued me: What if I scratch my crotch in my sleep? It could happen you know - I can't control where and when an itch will strike. I'd be half-asleep and people would be watching! I could easily forget my usual amount of discretion and end up doing something pretty unseemly. Normally, during the day, I just yell "LOOK! IT'S BALKI FROM PERFECT STRANGERS!" and then give myself a good scratch in the ensuing chaos. Unfortunately, I knew that wouldn't really work in this situation. (Or would it?)


Even worse, I thought, what if I were to break wind in my sleep? Jeezuz Krist, the horror! Mind you, this isn't normally an issue for me, but with all the stress I was under… well, anything could happen. I wondered just HOW sensitive the electrodes all over my body were; would I end up blowing out some poor lab tech's ear drums with one ill-timed toot? What if she turns up the monitor at the precise wrong moment; would it be like a sonic boom going off in her headphones? Would she run from the lab screaming and clutching the sides of her head, then burst through the emergency exit and fall to her knees in the freshly fallen snow? You gotta think about this kind of stuff, folks.


Despite my nagging concerns, I did manage to eventually drift off to sleep. And, based on the 14 minutes or so I slept (by my generous estimation), I was informed the next morning that I needed to start using a "CPAP" machine, or what's commonly referred to in the literature as a "vacuum cleaner on your face." I was actually really happy to receive this news, because, as my closest friends know, it's always been my lifelong ambition to look like I just stepped off the cover of Black Sabbath's "Never Say Die" album. 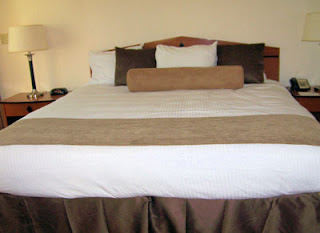 In short, the function of the CPAP machine, which comes with a long tube and a face mask you wear to bed every night, is to make you look both extremely frightening AND incredibly ridiculous to your mate at the SAME TIME, which is no small feat. (Oh yeah, it's also supposed to help you breathe better, or something.) So I've been making a good faith effort to use this, er, contraption, but so far, the results have been less than stellar. It's quite discouraging really; I mean, what the hell is wrong with me!??! I can't even sleep right?!!? Man, you know you're really a failure when you can't even lie down and be unconscious correctly.

But I won't go gently into the night! I'm going to press on with the CPAP machine a little while longer, Snuffleupagus comparisons be damned. Maybe after a few more nights, I'll get the hang of this whole "sleeping" thing and begin to reap the benefits of my unwieldy bedside companion. Rest assured, I'll probably let you know how it goes, provided I don't dream the air tube is a large boa constrictor and wake up screaming and flailing, inadvertantly tangling the tube around my neck, and then crashing backwards through a second story window so they can find me dangling with my feet 4 inches off the ground the next morning. (What are the odds of that, anyway? Gotta be at least 10 to 1.)

In the meantime, take my advice: If you're gonna have a sleep study, don't eat Mexican food for dinner that night.

Hey, we all know there's no better way to kick off a new year than immediately looking back at the past and coasting on your past accomplishments. Why go out and create something new, vital, and topical when you can just as easily plunder the archives, then punch out early and go down a cold one? With that in mind, we proudly present the 1995 classic "Jerry's Dead," by Jonathan Shaloum and featuring at least one familiar face...