Speaking as an amateur musicologist, I'd like to share with you a fun little piece of music knowledge. In fact, not a lot of people know this, but every song ever written - EVER - is basically a variation of four songs that already exist. They are (in no particular order) as follows: 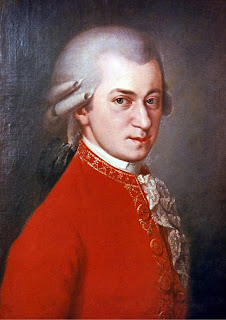 Yes, it's true. Any song you can name can be traced directly to one of these four songs. "Ramblin' Man" by the Allmans? Greensleeves with a little hick attitude. "Too Shy" by Kajagoogoo? It's clearly the Maple Leaf Rag with spikier hair and nifty synthesizers. AHHHH, you hear it now that I've pointed it out, don't you? It's so obvious in retrospect.

It should be noted that some esteemed music theorists have argued that "Missing" by Everything But the Girl needs to be added to the list, but those people are major sh*theads, because that song is really just Mozart's Symphony played backwards (badly) with dumb lyrics.

Now that you know this amazing fact you can whip it out at your next party to stun and amuse your friends - instead of whipping out what you usually do to stun and amuse them.
Posted by NiteOwlz / Glenn Page Music at 4/18/2011