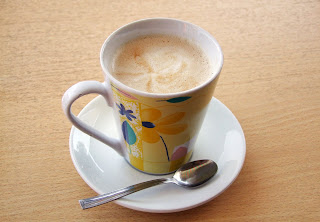 Some more tasty sludge scraped from the bottom of our constantly brewing blog-POTS.

• The internet: Helping local a-holes be globally annoying for over 15 years.

• I keep wondering about the street preachers handing out pamphlets and yelling incoherent gibberish at me as I walk through the subways. It seems like such an inefficient use of their time. What is the cost-benefit ratio of this behavior? Does anyone ever really stop dead in their tracks and go, "You know, that's actually a pretty good point - the one about how I'm going to burn for eternity because I wear neckties."

• I heard recently that Bernie Madoff was on suicide watch because he's "depressed" in prison. And LORD KNOWS we wouldn't want anyone to be depressed in prison.

• I have lots of idiosyncratic behaviors. For example, I like to listen to crappy songs on the radio while my car is warming up. Then, after the vehicle is nice and toasty, I turn on my favorite CD or my favorite song. Weird, huhn?

• I don't care if you're texting, first person in the elevator pushes the button! I ain't your "lift" operator, d-bag.

• Life's way too short for regrets. So be sure to jam in as many as you can.

• If you really took to heart every warning the nightly news gives you about "the thing in your medicine cabinet that might kill you" or the "one thing you need to know about car safety" you'd lose your freakin' mind. At a certain point, I'm gonna have to live on the edge and take a chance that the "secret killer" under my bed is gonna do me in, if only for the sake of my sanity.