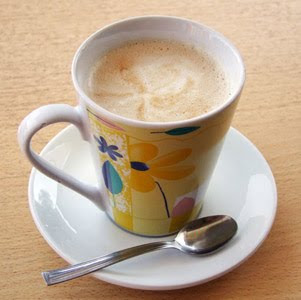 The other day, my friend and I were comparing holiday loot when he decided to show me the mug he received from his young nephews. The mug says "#1 Uncle" on the side. You might think that's a nice gesture, being the big ol' soft-hearted pansy that you are. But it got me thinking: So my friend's the number one uncle, huhn? Well, doesn't the number one uncle deserve more than just a coffee mug testifying to his superlative status? Wouldn't something like - oh, I don't know - a new Mercedes Benz be a bit more fitting???


After all, he beat out ALL THE OTHER UNCLES!!! He's number one, for pete's sake! I've never actually done the math, but believe you me, there are a lot of freakin' uncles out there; it's no small feat to place first. You think you could do it? I think that such an accomplishment at least deserves a snazzy luxury vehicle with comfy leather seats designed to warm the buttocks on chilly winter mornings. It's the least one could do in recognition of my friend's ability to successfully exist and be a male sibling to someone who sired several small children.


Ok, so maybe the "Benz" is a little out of the kids' holiday-buying budget. I understand that! But STILL… a little effort would have been nice. I'd bet dollars to donuts they didn't even go to the dealer and check the prices or see if they could pay in installments. Barring that, did they maybe consider rewarding their uncle's efforts with a less costly alternative, like, say, a night with a high-priced call girl? Nope! Right to the mug! BANG! FIVE DOLLARS! NUMBER ONE UNCLE MUG, PLEASE! Real nice, kids. Real f***ing nice.


Secondly, I don't even remember anyone holding a competition for "#1 Uncle," do you? I'm an uncle, did I even place? How come no one ever gets a "#56 Uncle" mug? I still think that's pretty respectable, considering the amount of fierce competition out there. I suppose it's another testament to the toxic "winner take all" mentality fostered by our capitalist society. The #1 uncle gets all the babes and the mugs, while number 56 has to drink his coffee out of a cheap paper cup which can barely protect his digits from its scalding hot contents. It's almost like American Greetings is telling me, "Tough luck, ass munch. Maybe next time you won't be such a douche to your nephews. Enjoy your finger burns."


The whole thing got me so depressed that yesterday I actually went to the Hallmark Store to take matters into my own hands. That's right; I wanted to buy a "#1 uncle" mug for myself. (The Benz is a bit out of my price range too.) I'm not proud of myself, but it had to be done. The fact is, I'm not going to let anyone deny me the personal validation that can only come from an engraving on the side of a white ceramic cup. So I tried to purchase the mug, and in an effort to be stealthy I slipped it between a stuffed Woodstock doll and a little man made out of metal wire (I'm actually not sure if he was playing piano or dancing the Watusi with an oversized platypus).


Unfortunately, the clerk was not fooled by my clumsy tactics and chastised me severely: "That'll be 28 dollars and… hey, waitaminnit… What the hell do you think you're doing buddy? You think you're number one uncle material? That's your FRIEND! You're number 45,678,992! Now get the HELL OUT OF MY STORE before I beat you over the head with that little man playing the piano - er, either that, or cleaning out a pool filter with a misshapen golf club, one or the other."


Needless to say, I scurried from the premises, dropping my blue and tan "casino money" bank in the process. On the bright side, I DID finally learn my ranking in the great pantheon of uncles - 45,678,992! Hmmmm. That's pretty weak, I have to say. Well, maybe with a little hard work and dedication - or a couple of extra Milky Ways for the nephews around Halloween time - I could boost that number to 45,632,724 in no time at all.


Ah, screw that. Truth be told, isn't this whole "#1" thing contrary to the vaunted self-esteem movement that's running rampant in this country? Isn't everyone supposed to be praised, whether they achieve "#1" status or not? I say no more "#1" mugs for uncles, aunts, moms, dads, grandmothers or grandfathers. I don't care if you're Bill Huxtable meets Bill Bixby on "The Courtship of Eddie's Father." From now on, the mugs should reflect our true cultural ethos - I wanna see mugs printed with stuff like: "Good Try, Grandma"; "Nice Mothering, Mom!"; "Above Average Job, Grandpa"; and "Thanks for Not Showing Up Drunk, Hitting on the Neighbor's Wife, and Falling Down Ass-backwards in the Snow Like Last Year, Uncle!" (You might need tiny font for that last one.)