She Sells by the Seashore: the SI Swimsuit Issue

So the Sports Illustrated swimsuit issue came out this month. I personally haven’t picked it up, probably because I don’t want to get a double hernia from its sheer mass. However, over the past few days I have walked past several newsstands with extra-large pallets piled high with the SI swimsuit extravaganza. Are they trying to tell me something?


Anyway, when I see the cover, it invariably gets me thinking. Usually I start thinking something like, “How do the necklaces and hair always fall right where they’re supposed to when the models emerge from the ocean? That never works for me.”


After I mull that over for a couple of hours (or 6 or 7), I begin to muse nostalgically about how far we’ve come from ye olden days of yore. My, how things have changed since the innocent wide-eyed early days of chicks in see-through mesh bikinis!


Back when I was growing up in the 70’s and 80’s, the SI swimsuit issue featured a paltry 8 or 10 page supermodel spread in an otherwise regular, boring, mind-numbing issue of Sports Illustrated. I actually felt sorry for the “regular” athletes who were featured in a swimsuit issue back then. Something tells me not many readers were flipping the pages furiously to get to the all-star backgammon spread on the opposite side of Christie Brinkley’s latest tensile-strength experiment in the emerging field of nano-fiber technology. 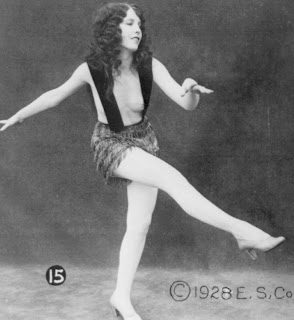 Of course, the situation gradually changed over the years. After realizing that the swimsuit issue sold about, oh, 50 ga-jillion times better than the rest of the year combined, SI had a startling epiphany: men like pictures of backgammon tournaments. Ha! I’m kidding of course. The editors realized they could fill a WHOLE magazine with pictures of bikini-clad nymphets, and men would gladly plunk down a shekel or two for leering rights.


Meanwhile, back in prehistoric times, if you were an ardent bikini fan you were forced to suffer further hardships like some kind of voyeuristic Job. Not only did Sports Illustrated limit your bathing suit fun to a measly 8-10 pages per year, but you had to actually purchase your issue well within the standard seven days allotted for weekly publications. If not, you were S.O.L., buddy boy.


Nowadays they leave millions of copies of the swimsuit issue on the stands well until December, but back then it was just another regular issue ready to be replaced in seven days’ time. There was nothing more soul-crushing as a 13 year old boy than riding your bike a grueling 2 miles to the nearest 7-11 and running directly to the magazine section, only to be greeted by a frighteningly tight close-up of Wayne Gretzky’s face contorted in agony and replete with thousands of glistening mircobeads of sweat.


And that’s because Wayne Gretzky had made the trip to 7-11 and was pissed he missed the swimsuit issue too!!! If somehow you managed to dodge Gretzky’s wrath, you could pick up the latest copy for yourself only to find an “action” shot of some dumb-ass tennis player on the cover. I mean really. Who cares? But that’s how it went if the precious seven-day window elapsed before you wrangled up your own copy. (To tell the truth, I never lived through the harrowing ordeal described above; my older brother had a subscription to SI.)


Another thing I wonder about the swimsuit issue is if they’re ever in danger of running out of cute titles for the pictorials. You know the ones I mean: “California Dreamin’,” “Kissed by the Sun,” “No Strings Attached,” “Throwing in the Towel,” “Bahama Mamas,” and stuff like that. Surely after 30 years of this silliness they must be running low. Do they ever have to recycle? It’s not like the target audience looks at the words for more than .0006 milliseconds anyway.


I suspect they’re going to be scraping the bottom of the title-barrel soon, and it won’t be long before we see pictorials with names like, “More Locals on Boats Gawking at Models,” “Stuff You’ll Never See a Woman Wear on a Real Beach, Ever,” “Caught in a Fishing Net… Again!” and “Lots of Lots of Sand Strategically Glued to Lots and Lots of Butts.” Hell, I think I like those titles better anyway. At least they’re honest.


Speaking of the guys on the fishing boats, I always think they’re poor locals who really want to beat the hell out of the camera men and chase all the models away. After all, I’m sure they’re thrilled by the presence of these “Sirens of the Surf” who make about as much on a bad day as they made all last year.


I think the models and photographers are at least tacitly aware of this, and that would partially explain why they relentlessly try to convince the public what hard work it is being uber-glamorous. They lead sickeningly charmed lives and deep down they feel they need to justify themselves to people like you and me who work real jobs. How many times have you heard these models on TV blathering on about how “freezing” the water was when they did a recent photo shoot on the beach of (for example) Puerto Rico?


Really? Puerto Rico? Isn’t it like 80 degrees there year round? Nope! If you believe these guys, it never inches above 18 degrees Fahrenheit the day the SI swimsuit models are there. And they’re always forced to stay in the water for 67 hours straight! With NO FOOD or bathroom breaks!!! Then, after we hear about that, we always get treated to some obligatory footage of someone rushing over to swaddle a model in a blanket ‘cause she’s so “cold” from being in the water. Man, I’ll bet the workers down at Wal-Mart are relieved they don’t have to do THAT job.


To be fair, I suppose the supermodels have to portray themselves as put upon, because let’s face it. If you really knew how much one of these cuties makes for rolling around with a starfish taped to her ass, you’d want to blow your brains out.